While Debate Over ERs Continues, Baptist Proposes One for Arlington 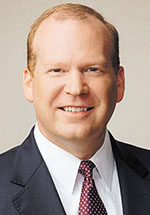 During the last decade, hundreds of freestanding emergency facilities have cropped up across the country, fueled by a building boom that began in Texas.

In Tennessee, there are seven freestanding emergency rooms, which mirror those attached to hospitals and treat a wide variety of injuries and critical medical issues.

But not in Memphis.

Or in Shelby County.

Or in West Tennessee.

But that could change if Memphis-based Baptist Memorial Health Care wins approval in a few weeks from the Tennessee Health Services and Development Agency (HSDA) for a proposed facility near the intersection of Interstate 40 and Airline Road near Arlington, one of the fastest-growing residential area in Shelby County.

The healthcare behemoth has applied several times for - and each time been denied - permission to construct a freestanding emergency facility during the last few years.

A year ago the HSDA voted 4-4 on A Baptist request to construct a $10 million freestanding emergency facility with eight treatment rooms in Arlington. The tie vote on the proposal - a joint agreement between Baptist and Regional One Health - meant that approval was denied.

But hospital representatives are set to go before the HSDA board on August 20 to appeal that decision and this time they're hopeful the votes will fall in their favor.

"There's a large growth in population in this area and a need for emergency room services, particularly from surrounding counties where there are no longer full-service regional hospitals," said Zach Chandler, executive vice president and chief strategy officer for Baptist. "In emergencies, when minutes matter, having quick access to emergency care can mean the difference between life and death or permanent damage."

Access to nearby emergency care would be benefit residents in rural eastern Shelby County, Chandler said, as well as patients in Fayette and Haywood counties. Brownsville's Haywood Park Community Hospital closed in 2014 and Methodist Fayette Hospital in Somerville closed in 2015.

And because the freestanding emergency department would be affiliated with Baptist, the level of care would be the same as in a hospital.

"This would be fully staffed, open 24/7 and offer the same services as any of our hospital emergency rooms," Chandler said. "Emergency room visits continue to rise and we believe the need for freestanding emergency departments will continue to increase, too."

Dr. Lee Berkenstock, MD, a state delegate to the AMA and past president of the Memphis Medical Society, agreed.

"From the 1950s through the 1970s, there was growth of regional hospitals in more rural areas, but today it's just not viable to have full-service hospitals in many of these areas and many of those hospitals have closed," Berkenstock said. "Healthcare has changed and improved and the business model is reflective of the times. We have to be smaller and more agile. No longer do you see someone going in for an appendectomy and staying in the hospital for a couple weeks. Hip replacement procedures have improved so much that hospital stays are measured in days, not weeks, followed by rehab and home."

There have been more than a dozen applications for freestanding emergency departments in Tennessee during the last decade, according to Jim Christoffersen, general counsel for HSDA, and more continue to file in. But, he believes, the state's strict approval process and governance of these facilities means that it is unlikely Tennessee will experience the same kind of explosive growth in freestanding emergency departments as in states like Texas.

"In Texas, there is no requirement that a freestanding emergency department be affiliated with a hospital like we have in Tennessee," Christoffersen said. "There is a very detailed structure about the process in Tennessee to ensure that these facilities meet the needs of the communities where they're located."

The Texas boom began after a state ruling in 2009 that allowed freestanding emergency departments to be built and operated independent of hospital affiliation. The result was what some medical professionals have described as a "Wild West" surge in healthcare entrepreneurship that saw the rise of hundreds of independent freestanding emergency departments in less than a decade.

Rob Morris is CEO and cofounder of Complete Care, which operates about two dozen freestanding emergency departments in Texas and Colorado. They treat more than 100,000 patients each year. He is also board chairman of the Texas Association of Freestanding Emergency Centers and on the board of the National Association of Freestanding Emergency Centers. He acknowledges that there were some bumps along the way in Texas, but believes that his company is the face of the future.

"I think we're starting to see the free market at work. We offer the same services as a full-service hospital emergency department, but with a smaller footprint, excellent specialized care and much lower wait times," Morris said. "Some operators made poor site selections and eventually closed, but I think we're starting to see a course correction and I'm optimistic that this industry will emerge stronger because of it."

Baptist officials remain optimistic that state officials will agree the time has come for a freestanding emergency department in Shelby County. And they plan to present a compelling appeal at their hearing next month.

"Emergency room visits continue to grow and grow and grow and this facility would help us decompress the ER at our East Memphis campus," Chandler said. "We want to provide excellent, specialized care to those who need it. This is right for patients and right for the community."