This Doctor Delivers Partnerships, Hugs and Babies - Lots of Babies 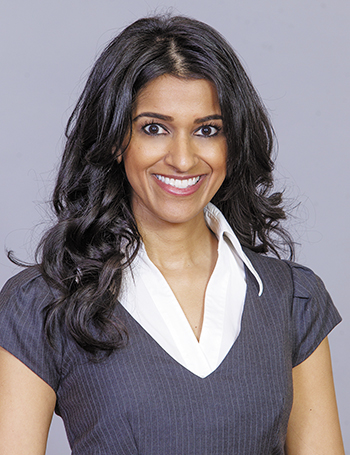 Silpa Gadiparthi Hansen, MD, likes to give her pregnant patients a voice in how their gradual, month-by-month journey toward motherhood plays out.

Sometimes there are delivery options, with important decisions to be made. Natural childbirth, epidural, induction, cesarean or vaginal birth after cesarean (VBAC) all may be topics for a doctor-patient discussion, she says.

"I consider pregnancy as a partnership, so instead of my just dictating what they're going to do, I tell my patients my goal is to have a healthy mom and a healthy baby, and I'm happy to do it your way if that's the outcome," said Hansen, chief of obstetrics/gynecology and pediatrics at Methodist Olive Branch Hospital. "Then I tell them that if I see any issues with your care or the baby's care that's going to compromise your health or the baby's health, I will intervene.

"I think that's really huge because women want a sense of independence and control over their birthing experience. A lot of doctors don't do VBACs or even offer it to them, but I'll give them a chance to do it. One patient got teary eyed and said 'You mean I can do that? My last doctor didn't even offer it to me. I didn't know it was even possible.' So, we went over the risks and benefits and several months later she had a vaginal delivery. You just want to offer what is best for your patient."

The woman is still her patient seven years later and was inspired to write a letter to hospital leadership about how her experience with Dr. Hansen inspired her to enroll in nursing school.

"Delivering babies is my favorite part of the job," she said. "Obstetrics is 99 percent happy. Being able to share that experience with your patients in such an intimate time of their lives is so important. Every single delivery is special. I'm the first person who gets to touch and hold the baby. People trust me with that and seeing the looks on their faces and knowing that's the first time they're meeting their child - that holds a special place in my heart.

"With Covid, the biggest change in my practice is the limitation of visitors. You're now allowed only one person in the delivery room, where we used to allow four. Also, I was used to hugging my patients at every visit and seeing their children. I miss that. We obviously don't hug anymore and patients are not allowed to bring children to appointments. Hopefully, one day soon things will get back to the way they were. People are still having babies, though."

Hansen, who estimates she delivered 20 to 25 babies a month last year, started at Methodist Olive Branch in 2014. She and the hospital both were fairly new. Although just completing her residency at the University of Tennessee Health Science Center College of Medicine, her job was to help build a women's center at the hospital which opened in 2012. The maternity unit opened two years later.

Around that time, her husband had just begun a fellowship in Little Rock, and she was coming off maternity leave with their first child. She was living with her parents during the week since she was on call 24/7 and would spend her weekends off traveling with her newborn to and from Little Rock.

"That was such a challenging time with so many big changes all at once," Hansen said. "Looking back, I had no idea what I was capable of doing, and I am stronger now because of it."

Since then, she has gotten to hand-pick her partners, including Dr. Sarah Ziebarth and Dr. Ja'Larna Grant, which has made her work and home life much better, though still challenging as a wife and a mother of 6-year-old Drew and 2-year-old Lulu.

"It seems like I'm always gone and my husband (interventional radiologist Dr. Dale Hansen, III) jokes that he's a full-time working stay-at-home dad," Hansen laughed. "With obstetrics, every day is different. My call days are Monday, and sometimes I'm home by 4:30, but then there are days like the one recently where I saw 40-plus patients in the clinic, delivered five babies, and did not sleep but about an hour. I had to be at the clinic on Tuesday and did not get home until 6 p.m.

"Then there are days when I'm not on call and a patient comes in and is in labor and I don't want to leave them. So, I'll end up staying to deliver them. I'm very fortunate to get do something I love to do. I love the babies and I love being part of the birthday party," she said.

When she started undergraduate school at Texas A&M, Hansen's father came to UTHSC in Memphis where today her husband, sister, brother-in-law, and sister-in-law are physicians, and her brother is in the business side of medicine.

"My parents have been here since 2000, so Memphis is home," said Hansen, who went to medical school at UTHSC. "My first rotation as a third-year med student was OB/GYN, and I thought that was going to be the one I'd like the least, but it actually turned out to be so much fun. Every day is different. You're in the operating room, then you're seeing patients in the clinic and doing procedures, then you're delivering a baby. It suits my (energetic) personality.

"I love taking care of women. Being able to build relationships with women through the seasons of their lives, whether it be walking them through their very first Pap smear, delivering their first baby, or the second, or helping them through the changes of life. I look forward to the day when I will be delivering my patients' children's children."

Still, she works hard at maintaining the work-home balance. With her immediate and extended family all living within five miles of each other, weekend get-togethers are frequent occurrences.

"My husband is a travel junkie, and he plans these amazing vacations and I just show up," said Hansen, listing destinations such as Hong Kong, London, Paris, Barcelona, Budapest, Rome and the Caribbean among others. "I love fishing and I once caught a 6-foot-8-inch striped marlin which I have mounted on the wall. Balance is the key. I work hard and play hard."