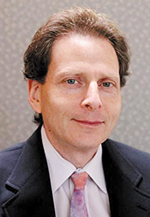 Almost always benign, women with symptomatic fibroids would be quick to say it doesn't mean the tumors aren't troublesome.

In the United States, symptomatic uterine fibroids are the most common reason for hysterectomy, which remains the only cure for the myomas. Since prevalence of problematic uterine fibroids (UFs) are most common during reproductive years, the cure presents an unacceptable trade-off for women who hope to bear a child in the future. As a result, many women live with painful symptoms detrimental to their quality of life for years.

While not a cure, there are an increasing array of alternatives to manage fibroids for those trying to preserve fertility. Medication management, myomectomy, radiofrequency ablation, uterine artery embolization and MRI-guided focused ultrasound have all been shown to offer some relief with varying degrees of invasiveness, efficacy, longevity and patient satisfaction.

One of the newest options for women is the Sonata® System from Gynesonics®, a women's health company focused on minimally-invasive solutions for treating symptomatic uterine fibroids. The California-based company first received Food & Drug Administration 510(k) approval to market the Sonata System for Transcervical Fibroid Ablation (TFA) in August 2018, and received clearance for their next generation system last year. The system can be used to treat most fibroid types including submucous, intramural, transmural and subserous.

"Women deserve choices when it comes to the management of fibroids," stated David Toub, MD, MBA, FACOG, medical director for Gynesonics. "It used to be there were really only two options - hysterectomy, which was curative but precludes fertility, and myomectomy, which removes fibroids but preserves the uterus."

"According to the literature, women typically wait, on average, 3.6 years and a good percentage wait five years," Toub said of the delay in seeking treatment to relieve symptomatic fibroids. "The reason is they don't want that disruption to their life."

In contrast, Toub continued, "Transcervical fibroid ablation heats the fibroid by going in through the cervix, so no incisions, and it conserves the uterus." He explained the Sonata System combines intrauterine ultrasound guidance for advanced visualization with targeted radiofrequency ablation to treat the fibroids. "Because it's inside the uterus, it's very high resolution," he noted. "We can see details that we don't always see on transvaginal ultrasound or MRI."

Performed as an outpatient procedure, Toub said women don't have to undergo general anesthesia, and about half the cases in the U.S. use sedation. "The average length of stay in our study was about two-and-a-half hours and that includes the procedure," Toub noted. The majority of women, he added, return to normal activity within 2.2 days on average, with many able to do so within one day.

Although a few other radiofrequency ablation systems exist, Toub said they have typically required adaptive devices. "Because the ultrasound is part of the device itself, you don't have to manipulate multiple tools. There's just one device and one screen," he explained of Sonata. "It also doesn't require advanced ultrasound skills," Toub continued, noting most physicians using the system are not highly specialized in ultrasound technologies. "Yet, it's proven in their hands to be very effective and also proven very safe."

Sonata includes the SMART Guide - Setting Margins of Ablation in Real Time. The Gynesonics literature explains this technology displays a real-time graphic overlay on the live ultrasound image to determine the size and location of the ablation zone, safety borders and duration of the radiofrequency energy delivered.

In April, the company announced publication of a clinical study analysis assessing effectiveness of the system. The peer-reviewed article, "Transcervical Fibroid Ablation With Sonata System for Treatment of Submucous and Large Uterine Fibroids," appeared in the International Journal of Gynecology and Obstetrics. The analysis focused on a subgroup of patients with those specific types of tumors who had been enrolled in two previously published multicenter clinical trials -FAST-EU, primarily in Europe, and SONATA, primarily in U.S.-based centers.

Among 197 women who had been treated for 534 fibroids, 86 percent of patients with only submucous fibroids and 81 percent with large fibroids (>5 cm) had bleeding reduction at three months post-ablation with sustained improvements over 12 months. Fibroid mapping with MRI in the FAST-EU trial showed an average volume reduction of 68 percent. Toub noted the volume reduction compares favorably to other uterus-sparing technologies with embolization typically seeing reduction of 50 percent, pharmaceuticals achieving 40-50 percent reduction and focused ultrasound in the range of 15-30 percent reduction.

Furthermore, the rate of surgical reintervention among the women with only submucous fibroids was 3.7 percent in FAST-EU and 0.7 percent in SONATA at the one-year mark. Toub added the reintervention rate on the SONATA trial at the two-year mark was 5 percent and at three years was 8.2 percent. "It showed great results through 36 months," he said of the durability of the treatment protocol. Toub noted it isn't surprising to see the need for additional intervention in some candidates. "We do know that women who have many fibroids at baseline have a proclivity to form more fibroids," he pointed out. As for patient response to this new treatment option, he said, "At three years, 94 percent of patients reported satisfaction."

With positive durability and safety outcomes, along with minimal procedure and recovery time, Toub said Gynesonics believes they are offering women and physicians a new option to deal with a condition that is too often minimized. For women who suffer through painful periods, miss work days and skip social activities, UFs are more than just a nuisance.

"By treating the fibroids successfully, you can have such a positive impact in their life," Toub concluded.