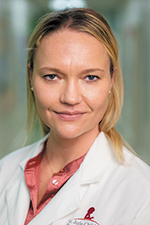 The life-threatening genetic disorder is sometimes called "bubble boy disease." The name is a reference to measures taken to protect patients, who are born with little or no immune protection. Untreated, patients usually die early in life.

In the hospital's news release, Ewelina Mamcarz, MD, of the St. Jude Department of Bone Marrow Transplantation and Cellular Therapy, revealed that the children are producing functional immune cells, including T cells, B cells and natural killer (NK) cells, for the first time.

These patients, now toddlers, are responding to vaccinations and have immune systems to make all the immune cells they need for protection from infections as they explore the world and live normal lives. This is a first for patients with SCID-X1, Dr. Mamcarz said.

The results were published in the April 18 issue of the New England Journal of Medicine. According to the announcement, the patients were treated at St. Jude and UCSF Benioff Children's Hospital in San Francisco with gene therapy produced in the Children's GMP, LLC, a Good Manufacturing Practice facility located in Memphis on the St. Jude campus.

The children were enrolled in an ongoing clinical trial of infants newly diagnosed with SCID-X1, the most common type of SCID, a rare disorder that commonly became known as "bubble boy disease."

The disorder received widespread public attention in 2001 with the release of the movie Bubble Boy which was inspired by the 1976 film The Boy in the Plastic Bubble. With Jake Gyllenhaal staring in the title role, Bubble Boy was a comedy - something that seemed strange to many then as well as now. In fact, one critic wrote at the time, "If you take it seriously, you'll find yourself hating this movie. Just think of Bubble Boy, as the kind of movie that isn't supposed to be watched with a heavy heart." 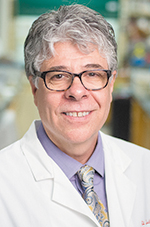 The St. Jude announcement reported that ten infants have received the experimental therapy. It was developed in research led by the late Brian Sorrentino, MD, of the St. Jude Department of Hematology. Dr. Sorrentino, who was the senior author, died after the manuscript was submitted for publication.
The report stated that UCSF played an instrumental role in the St. Jude protocol by including targeted dosing of busulfan, a chemotherapy agent commonly used in bone marrow transplantation to make space in the marrow for donor stem cells to grow. It was found that the addition of very low doses of busulfan based on a model developed at UCSF increased engraftment of gene-corrected stem cells in the bone marrow without causing the side effects associated with standard doses, according to co-author Mort Cowan, MD, a UCSF professor of pediatrics and principal investigator of the trial at UCSF, where four of the infants were treated.
SCID is caused by a mutation in the interleukin-2 receptor subunit gamma (IL2RG) gene that produces a protein essential for normal immune function.
Currently, the best treatment for SCID-X1 is bone marrow transplantation with a tissue-matched sibling donor. But more than 80 percent of SCID-X1 patients lack such donors. They must rely on blood stem cells from other donors. This process is less likely to cure the SCID-X1 and more likely to lead to serious treatment-related side effects.
The gene therapy involved collecting patients' bone marrow, then using a virus as a vector to insert a correct copy of the IL2RG gene into the genome (DNA) of patients' blood stem cells. The cells were then frozen and underwent quality testing. Prior to the gene-corrected blood stem cells being infused back into patients, the infants received two days of low-dose busulfan with the doses individually determined based on each patient's specific ability to process the drug.

The research was funded in part by the California Institute of Regenerative Medicine (CLIN2-09504); grants (HL053749, AI00988, AI082973, CA21765) from the National Institutes of Health; the Assisi Foundation of Memphis; and ALSAC, the fundraising and awareness organization of St. Jude.