Searching for Ways to Lighten a Financial Load 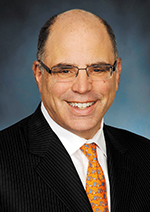 The balance sits out there like a distant, dark cloud. It rumbles every so often to remind registered nurse Cynthia Barger that while she reached her goal of becoming a nurse, there's a price to pay.

It prevents her from buying a house. It stops her from taking a real vacation. She bought a car, but she had to agree to a high interest rate because her credit report shows a student loan debt of around $70,000. That includes tuition for a master's degree in nursing education that she recently completed in hopes of improving her salary.

And for medical students, the final bill for an education is at least double if not triple for some private universities. Students at the University of Tennessee Health Science Center (UTHSC) College of Medicine pay an average of $195,000 to complete their program.

It's an issue that received national attention recently when it was reported that Kenneth Langone, co-founder of Home Depot and chairman of the board of trustees at New York University along with his wife, Elaine, donated $100 million toward making NYU tuition free for medical students. He raised an additional $350 million to make NYU School of Medicine tuition-free for years to come.

"I think it's fantastic," said Scott Strome, MD, Executive Dean of the College of Medicine at UTHSC. Dr. Strome said he's passionate about finding ways to help reduce student debt at UTHSC as he did while working at the University of Maryland where he was a professor and chair of the Department of Otorhinolaryngology. He said Maryland University was able to raise approximately $8 million in 18 months to go toward reducing costs for students.

After NYU's decision, many in the industry are waiting to see if other prominent universities will follow. Dr. Strome said if that happens, the paradigm for state schools will change.

"While a debt-free system is the right thing to do for our students, we need to do it in a responsible manner to pay for all the things medical schools need to be able to function," he said.

It also could change some of the pros students consider when deciding on a school.

"Typically students might consider going to a state school system to be closer to family and because usually tuition is significantly less for an in-state student," Dr. Strome said. If students can go to private medical schools with zero tuition, state schools might not look so attractive."

But that doesn't mean schools like UTHSC won't fill its classrooms with budding doctors. The university offers scholarships, including a few large merit-based ones and some need-based scholarships for each class.

Students also have the option to apply for a full scholarship through the Army, Navy or Air Force Health Professions Scholarship Program, which covers all tuition and required fees including textbooks or equipment needed for study. Students all receive a monthly allowance for living expenses. As part of the program, once they graduate, the students are required to serve in the military for the same number of years as it took for them to complete medical school.

There is a similar program available to students who are willing to work for the National Health Service Corps. The federal program pays for medical and dental school in return for an agreement by the student to work in a rural area for the same time period it took them to earn their degree. The program was created to assist rural areas around the country that are suffering from a lack of primary care doctors.

There are also programs such as the Tennessee Rural Partnership and the Tennessee State Loan Repayment Program that offer primary care physicians stipends in residency that can be used to pay loans, in exchange for a commitment to practice in rural health clinics.

Strome said the university is looking at other ways to decrease ancillary costs for students, such as offering financial literacy programs to help them manage their money. Also, the university is studying how to add affordable housing to the campus.

As for Barger, she never wanted to be a doctor. It wasn't just the expense, but she learned to love what nurses do while watching them attend a friend of hers. Barger works as an intensive care unit nurse at St. Jude Children's Research Hospital, which has a tuition-reimbursement program that she's using to help with her master's degree loan. But, she still owes close to $70,000 in student loans.

She knows of other nurses who carry similar debts - or more - who have resigned themselves to pay the minimum payment on the loan for the rest of their lives.

"They'll never get it paid off like that because of the interest," Barger said. "I want it to be gone. My hope is to pay it off in five years."