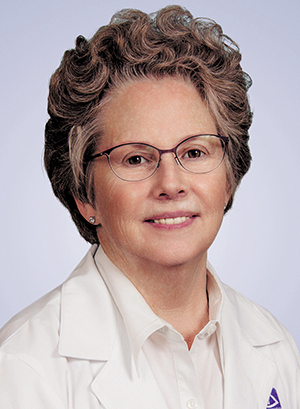 As the Population Shifts, Demand for Geriatricians Increases

Today there are 52 million Americans over 65, and not enough geriatricians to treat their diverse medical issues. The imbalance shows no sign of improving.

"We're way short on geriatricians, especially fellowship-trained geriatricians," said Dr. Terinell Beaver, a geriatrician with The Medical Group of Memphis. "As the baby boomers age, we're going to be short of all primary care physicians, but especially geriatric physicians. It's really not addressed or encouraged in medical schools, and I think that's a big mistake."

Dr. Beaver was drawn to geriatrics by circumstance while in medical school at the University of Tennessee Health Science Center (UTHSC) where she graduated in 1983.

"I was a medical student looking for a rotation and this was sort of a new rotation I participated in and I really enjoyed it," she recalls. "It involved some geriatric rehab at the old Lamar Unit hospital and working with the rehab team which included physical therapy and occupational therapy. I liked the fact that everyone had some input. We got to see aspects of patient care that you just don't see if you just took internal medicine."

She is one of seven physicians at Baptist Medical Group, The Medical Group on Wolf River Blvd., and has gained an even greater appreciation for her elderly patients.

"One thing I really enjoy about working with older people is that they've had a whole lot of life experience," Dr. Beaver says. "They're way more able and willing to put things into perspective. The other part is that for the most part they're realists, or they probably wouldn't have made it to advanced old age. They understand that from here to the end it's probably going to be increasing debility.

"If you have someone with that kind of insight, you can appeal to their sense of humor, their experience and their ability to persevere under bad situations. That part I find rewarding."

Treating the elderly, she says, requires looking at the patient from a different perspective.

"You have to consider the general debility, the nutritional status and the level of social support," says Dr. Beaver. "You have to evaluate all of them together. You have to decrease your dose of medication and you have to be really mindful of side effects of medicine and guard against polypharmacy.

"Falls and prevention of falls is another big issue," she continued. "That can be very devastating. Also dementia or memory loss is a separate geriatric topic. Then you have nutrition, weakness, stability, incontinence, loss of hearing and loss of vision. Those are all big topics in treating elderly patients."

She says geriatricians have a constant duty to evaluate a patient's medical issues without automatically attributing those problems to old age.

"There really is a difference between normal aging and symptoms of disease, so you have to be pretty diligent not to chalk something up to aging," Dr. Beaver continues. "I think everyone deserves a diagnosis. Current advanced age and with the other diagnosis, but age is usually not the only diagnosis."

Dementia is a common problem among the elderly, and it is on the rise as the elderly population continues to increase.

"As we've been more successful in treating other chronic diseases in patients that maybe in previous generations may have led to death, patients now are living longer so you're seeing age-related memory decline," Dr. Beaver says. "If you have dementia on top of medical problems, that becomes a very complex issue.

"There's really no good treatment for dementia. There's a lot of research going on right now to identify dementia early and maybe do some prevention. I advise my patients in middle age that the best way to prevent dementia in old age is to take really good care of your general health now and stay active both physically and mentally. The major quality of life issue for older patients is that they want to maintain their independence for as long as possible."

She said having good genetics is a plus for successful aging, though keeping a healthy lifestyle is no less important. "I don't believe genetics is going to top lifestyle. You need both."

"For women that means one 5-ounce alcoholic drink per day and for men it's two," Dr. Beaver says. "And I tell patients 'That doesn't mean you can save it up for Saturday night and have 14."'

She currently has two patients over age 100, including a woman who is approaching her 110th birthday and has been asked to participate in a Harvard medical school study on aging. Dr. Beaver is making arrangements so her patient will not have to leave Shelby County to participate.

"In the future, if you have the manpower, home-based medical care would be really beneficial. This might be a role for physician extenders, assistants, and nurse practitioners. For physician home visits, you'd have to be very selective because you don't want to use precious time traveling to one patient that you could use seeing a number of patients."

She said living in Memphis has both risks and rewards for the elderly not found in other parts of the country.

"We live in the stroke and heart attack belt, so no matter what issue an elderly patient has we'll also see hypertension, cardiac disease, and diabetes more so than in people who live in other geographic regions," says Dr. Beaver. "This just adds to the complexity of care. More people, more frail, more problems.

"One good thing we have in Memphis, though, is that the faith-based communities have done a really job of taking on the role of trying to serve the elderly, especially in the low-income neighborhoods, and trying to see that their basic needs are met."

Dr. Beaver, who has an 89-year-old mother and a 27-year-old daughter, says she tries to practice what she preaches. She and her husband, Robert Tisdale, try to stay well-rounded, regularly playing golf and, more recently, pickleball.

"Pickleball is so much fun, and it's like being a kid because you just show up and play with whoever's there," she says with a laugh. "We're preparing for old age. We're getting a social network and getting some exercise."

The Medical Group of Memphis