Loving What He Does 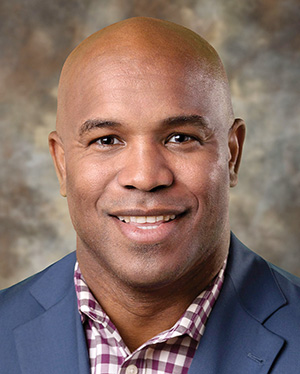 West Cancer Center's Dr. Gregory Vidal is "getting to do everything"

He estimates that 60 percent of his practice involves seeing patients, 30 percent involves research, and 10 percent involves teaching as an associate professor in the Department of Hematology/Oncology at the University of Tennessee Health Science Center.

Just don't ask which he enjoys most.

Dr. Gregory Vidal is a medical oncologist at the West Cancer Center and Research Institute where he specializes in breast cancer.

"Don't ask me to choose between my children," Vidal replies with a laugh. "I like it all. I love what I do. Being here at West makes me a happy person because I get to do everything that I want to do. I love research and got into it because of personal experience and wanting to find a better understanding of cancer. I also love teaching and lecturing, and I love clinic and interacting with my patients. I wouldn't do anything differently."

His personal experience was the loss of his mother to leukemia in 1997. That motivated him to pursue a Master of Science degree with research in hemoglobin genetics to get a better understanding of the disease that took his mother. Coincidentally, he was mentored by the late Steven D'Surney, PhD, who later succumbed to pancreatic cancer and was treated at the West Cancer Center.

"Instead of medical school, I wanted to do research, but then I decided on a dual MD/PhD program at Tulane," Vidal said. "My intention was to become a hematologist and study blood cancers, but the same year I got to New Orleans, Tulane hired this new guy, associate professor Frank Jones, who did breast cancer research. After rotating in his lab, we sat down and he put forth a plan for me and my career that I could not say no to, so I became a breast cancer researcher."

After Tulane, he did residency and fellowship programs at Stanford, where his mentors included some of the world's leading experts in the field of breast cancer research, including Dr. Mark Pegram who played a major role in development of the drug Herceptin/Trastuzumab which revolutionized the treatment of HER2-positive breast cancer.

"It is probably the cancer with the most exposure and funding for research mainly because breast cancer has very dedicated advocates," Vidal said. "So, we have moved the bar toward a cure at a much faster rate than other types of tumors. Today, the 10-year survival rate for patients with early breast cancer is upwards of 80 percent, although all breast cancers are not created equal.

"There are some breast cancers with a lower 10-year survival rate, such as the triple negative where we have a lot of work to do, particularly in the metastatic setting. It's just a more aggressive and, as one of my old mentors used to say, a smarter cancer. By this I mean it's more likely to develop resistance to our standard therapies without an obvious driver mutation. It therefore makes it more difficult to develop targeted therapies. It's an area of focus in breast cancer research and it is my hope that in the next five years or so we will have made significant inroads toward increasing the cure rate."

There are basically three types of breast cancer: hormone-driven tumors, HER2-driven tumors, and triple-negative tumors, lacking expression of hormone or HER2. There are also some gray areas in between.

"The redeeming feature is that the breast is not a vital organ and it is external, so women are more likely to notice when there is a change, and also it could be removed and not be life threatening," said Vidal. "Additionally, we have an excellent screening tool, mammograms. This allows us to find breast cancers early. The earlier we can detect cancer the higher the cure rate."

He advises that women become familiar with their breasts. If there's a change, bring it to the attention of a health care practitioner as soon as possible.

"Once there is a diagnosis, don't delay treatment," he added. "Family history is also important. Female relatives in the family are at higher risk if their close relatives have had breast cancer, so sharing your history with family members allows others to be more prudent about their breast health."

Post-menopausal women are the most vulnerable to breast cancer, and while locally the incidence for breast cancer is slightly higher for Caucasian women, the death rate is higher for women of color, he said.

"The reasons for that include socio-economic factors, access to care, access to quality care, disparity and biases in care, but there also is a biological perspective there because folks of color are more likely to have triple-negative breast cancer," he said, referring to the aggressive cancer type in which three receptors are absent and there are no targeted treatments. "So, it varies a lot as far as who's at risk, but certainly older women and, in terms of mortality, it's folks of color."

Vidal, who grew up on the small island of Dominica in the West Indies, was the first in his family to go to college.

"I knew very early on in elementary school that I wanted to go into medicine because biology and studying about the body was just so intriguing to me," he said. "Cardiology was my first thought since that's the first organ we were taught. In high school, I fell in love with the science of medicine, not just the idea of medicine."

From 1995, when he enrolled at the University of Mississippi, to 2014, when he left Stanford for Memphis, Vidal was going to college after college earning a bachelors in biology, a masters in genetics, an MD/PhD, and then residency and fellowship in oncology.

"My first real job not in training was in 2014 when I came to the West Cancer Center," he noted. "It's a long, long journey and I enjoy it all. It was a difficult decision coming to Memphis, having had offers at some really top-notch institutions, but I will tell you if I had to make that decision again, I would do it again. I have not one regret."

Leaving Dominica for the United States was a big leap, but one that was made easier since he was among approximately 30 fellow islanders recruited between 1994-98 to Ole Miss by Dr. Donald Peters, the school's first vice chancellor of color, who himself is from Dominica.

He said most of the group have settled down and become successful in various fields, including his friend Roosevelt Skerrit who, for the past 16 years, has been the Prime Minister of Dominica.