Josse's Travels Take Her To Key Role at Medtronic 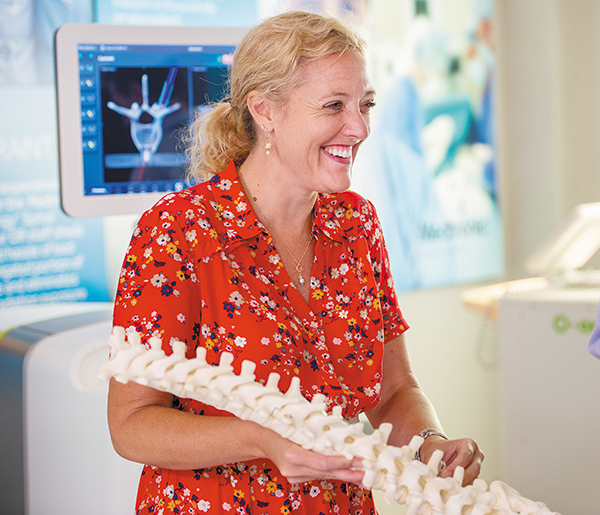 Sharrolyn Josse admits she was fascinated with the field of medicine as well as travel at a young age. She was exposed to both through her father, a physician, while growing up in South Africa, Canada and the United States.

She always thought she would become a doctor, but discovered in college she wanted to have a career that allowed her the opportunity to travel.

It turns out, her favorite pastime led her back to the same field that fascinated her as a young girl. Upon graduation from college more than 20 years ago, a move to France unexpectedly led her to a career in business and product development for spinal implants and technologies - a profession she's committed to two decades later. She is vice president and general manager of core spine for Medtronic.

"I've always been drawn to the medical industry because of my father," she said recently in her office at the firm's expansive Memphis campus. "I discovered later that I was interested in the business side of things. I love coming up with ideas and innovations that make a difference in people's lives. It gives me great joy to meet people whose lives have been directly impacted by a product. We are constantly working to extend lives and relieve pain."

According to Josse, the company's recent launch of the Mazor X Stealth Edition combines robotic technology, navigation and instrumentation to give surgeons precise trajectory guidance for spinal procedures, something that's never been done before under one platform in robotic-assisted spine surgery.

Robotic-assisted surgery isn't a new concept to physicians in healthcare -- it's been around for almost two decades -- but Josse says that combining a robotics platform with navigation software ensures that the surgeon can plan for more precision in the operating room while using three-dimensional CT imaging to visualize how the implant interacts with spinal anatomy so there are no surprises during surgery.

As a result, Josse says, it reduces the potential for complications, like nerve damage, and aims to improve surgical outcomes.

"It's rare that robotics and navigation merge into a sole platform like this," Josse said. "Competitors piece together parts of this technology, but Medtronic is the first to integrate the platform in the industry. The goal is to increase accuracy and safety in the operating room while driving down cost for the surgeon and patient. This means less time in the operating room, which saves money."

The product allows the surgeon to preplan surgery using a combination of three-dimensional imaging and navigation software so the surgeon can visualize the precise angle for the implant placement. The surgeon determines the size and length of the screws and the location where the screws need to be placed. Then, the software guides the robotic-surgical arm into position during surgery based on the instructions given during the preplanning process. The surgeon can visualize, in real time, the exact area where the surgical instrument places the implant on the patient's spine.

"This ensures less room for error, so the surgeon can execute exact precision during surgery," Josse said.

The Mazor X Stealth Edition was launched in January after Medtronic acquired Israeli-based Mazor Robotics last September. Medtronic combined its navigation technology with Mazor's robotic surgery systems to create the product, which was approved by the U.S. Food and Drug administration in November last year.

Since January, Medtronic says the Mazor X Stealth Edition has been used in 1,000 procedures in more than 50 hospitals in the U.S. The product is so new that Josse says surgeons in the Memphis area have not yet to used it in spinal surgeries.

She points out that there is a learning curve for surgeons who want to use the new technology. They must undergo product training at one of Medtronic's three U.S. training facilities.

"Work flow is extremely critical, so it's important for the surgeon to use the same steps every time," Josse said. "We want to reduce any variables. We train surgeons and their staff so there is a team approach and everyone knows their roles."

Josse says she has met patients whose lives were transformed as a result of the robotic-assisted surgery. It's given her tremendous joy and satisfaction to know she is helping to make a difference in patients' lives.

"If I had to have spine surgery, I would want to have this robotic-assisted surgery," she said.

Josse says her work to transform outcomes for both surgeons and patients is never ending. The key to her work ethic is to view all challenges as opportunities. In addition to product development, her team works on solutions to drive innovation to the U.S. and global markets, while meeting market price demands at the same time.

Josse moved to Memphis in 2016. She says Memphis is a friendly city with a strong sense of community. She enjoys traveling to see her siblings, who live in different locations across the globe. She spends her spare time with her two children, ages 6 and 11, playing board games and attending art shows and school plays. 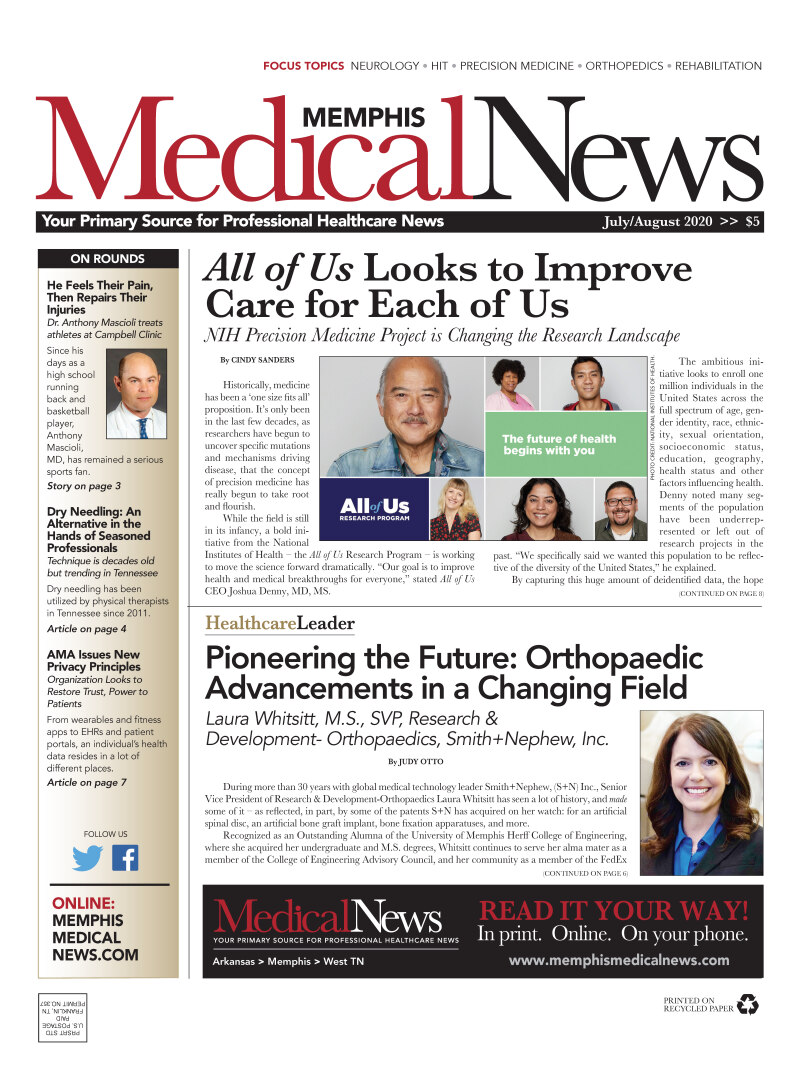