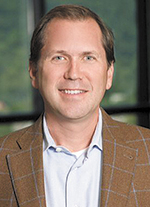 The Financial and Business Case for Transformation

Despite a series of unexpected challenges to healthcare as 2018 drew to a close, experts who follow the industry in the United States forecast a number of trends for 2019 ranging from more investment in technology and artificial intelligence to business models driven by population health needs and a demand for increased access, value and convenience.

In December, a Texas judge ruled the Affordable Care Act unconstitutional in its entirety after Congress removed the tax penalty associated with the individual mandate, thereby setting off what is anticipated to be a protracted legal challenge that will ultimately be answered by the U.S. Supreme Court. Judge Reed O'Connor, who handed down the decision, ordered a stay so that those covered under the ACA would continue to have access to healthcare while the case works its way through the appeals process.

While legislative and legal policy changes undoubtedly have a very real impact on consumers and the broader healthcare landscape, the shift away from fee-for-service to value-based care and an emphasis on population health strategies seem to transcend politics as the industry continues the steady movement toward a more holistic approach to efficient, effective care across the continuum.

"We're in a place where the private sector is driving real change. If you're a company meeting the ever-increasing demand for better outcomes at improved cost, there will be capital for your solution," Dashiff said of funding healthcare services and IT companies that embrace disruption and innovation.

"Stepping back, one of the relevant macro-level factors is what's happening in the world of private equity," said Dashiff. "There's an abundance of capital. Healthcare is obviously a very large component of the economy, and as a result, there are a significant number of private equity firms seeking exposure to healthcare services and HCIT from an investment thesis standpoint."

However, he continued, there is also a rise in funds that have not traditionally been healthcare centric but recognize the role the industry plays in the economy and have decided to jump into the fray, as well. "So, not all the firms chasing healthcare have a lengthy track record of experience in the space," he noted. Dashiff added, "The current state of private equity won't last forever. After the next generation of fundraising takes hold in a more significant way over the next 12-24 months, I suspect that the amount of private equity capital chasing healthcare in the subsequent years may not be quite as significant."

For those ready to strike while the iron is still hot, Dashiff said there appear to be three main drivers in the current marketplace. "One is there is clearly a continued interest in the opportunity for consolidation, which has always existed in healthcare services ... in particular because of the fragmented nature of the industry and the benefits of scale." Dashiff said there is a broad recognition of economies of scale and the advantage of creating critical mass to create value.

"The other dynamic is there's an interest in playing on demonstrable sector trends ranging across aging demographic trends, the influences of consumerism in service delivery, employer-driven change and industry demand for more holistic population management strategies," he said of recent marketplace transactional activity.

The third area where he sees interest is in companies that are willing to break away from 'business as usual' in healthcare and can demonstrate success in their approach. "We're in this zone now where I think there are some transformative shifts taking place across healthcare services, healthcare IT ... and importantly ... tech-enabled healthcare services where there are pockets of opportunity to invest in things that are highly disruptive for the betterment of the delivery system," Dashiff explained.

Just as financing is flowing into innovation, the healthcare business model is also transforming. Last month, the PwC Health Research Institute released their 13th annual "Top Health Industry Issues" report, which includes survey findings from 1,750 U.S. adults representing a cross-section of the population. This year's report, subtitled "The New Health Economy Comes of Age," explores how the industry is transforming to more closely resemble changes that have been occurring for several years in other industry sectors. 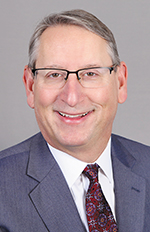 "The headline is that the U.S. health industry is finally demonstrating real progress in modernizing to be more digital, more consumer friendly and more transparent," said PwC Health Industries Partner Nick Walker. "It's finally starting to behave like other organizations," he continued. "We feel like that is fueled by consumers."

With healthcare beginning to fall in line with other industries, Walker said this year's report focuses on issues common across many sectors. "In every industry, there is the concept of digital transformation," he pointed out. In healthcare, Walker said the movement is seen both in individual engagement and in larger population health and payment models. "Much more innovative partnership models are emerging," he said of risk assessment and actionable data.

Workforce issues, which have been a growing concern for healthcare, are similarly a concern across all industry sectors. The country's low unemployment rates and a workforce that largely isn't prepared for today's technology exacerbate the problem. "The traditional education model hasn't really been able to prepare for the digital transformation," Walker explained. "It's become imperative to retrain and re-skill employees to get the most out of investments in technology."

It's something employees are willing to undertake. In fact, 75 percent of those participating in the PwC survey said it was 'very' or 'somewhat' important that an employer offer training in emerging technologies, and 74 percent said they were more likely to stay with an employer that offers up-skill programming.

Walker noted, "You have to have a workforce that's able to move with you." This is true across the spectrum of healthcare employees from administrative staff to providers. He added, "Clinicians are going to have to learn to work closely with technology to get the most out of it."

Another key takeaway on the changing business model is the push to create a 'Southwest Airlines' culture in healthcare where value and transparency play a prominent role while still meeting customer expectations. The report points to other examples, including Costco and Uber, as companies that have successfully created a 'value line' of products or services.

"Those companies have optimized value, lowered cost, and most importantly have still figured out how to turn a profit," said Walker. "Southwest was a disrupter in the industry," he noted of the upstart Texas company that turned the airline industry upside down.

While healthcare continues to be on a slow journey to greater price transparency, consumerism and efficiency, Walker said there has been significant movement over the last few years. "The interplay between regular industries and healthcare is greater than it's ever been, and that's also driving lower cost and greater efficiency," he stated. "We know so much more now than we did about healthcare cost. We're engaging the consumer in more efficient ways to deliver healthcare."

Underscoring an earlier point, Dashiff said transformation often happens in the private marketplace where there is more flexibility and a direct value proposition. An example is the worksite clinics that employers have historically used to improve productivity and reduce absenteeism.

"What's happened over the span of a couple of decades is you have employers, particularly self-insured employers, who are probably the most in control of their destiny as it relates to improving outcomes and bending the cost curve. They are probably the most motivated party participating in the healthcare delivery system to pursue significant change," said Dashiff.

He added their position allows them to look at the unique intersection of the patient, provider, and ultimate employer payor coming together in a way that can use the onsite or shared-site clinics as a hub to serve an entire population health management strategy when wrapped with the appropriate analytics capabilities and tech-enabled solutions for engagement and virtual care outside the walls of the clinic.

While worksite clinics have been around for decades, Dashiff said what has changed is the ability and desire of self-insured employers to be able to bring the various component parts of a population health strategy under one umbrella, coupled with the technology to stratify risk and identify employees and family members who might benefit from specific interventions. The beginning of last year saw Amazon, Berkshire Hathaway and JPMorgan Chase announce their plans to form an independent healthcare company for their employees, and a number of other large employers have begun exploring population health management projects, as well.

In addition, Dashiff continued, "The more sophisticated players in employer-sponsored healthcare are doing more holistic things like narrow network management in connection with their approach. I believe this is an area where you're going to see employer-sponsored healthcare evolve rapidly over the next several years and emerge as one of the more disruptive things that has happened to healthcare service delivery in a very long time. Not surprisingly, it will be another area of disruption that has been around a long time but simply had its model of care evolve."

He added, "As this all plays out, it won't be at all surprising if you see similar models that address the commercial population, address the Medicare population, the Medicaid population. That's not happening overnight, but the self-insured employer marketplace is happening now, and it's pretty exciting."

The Upside of Upheaval

"There continues to be a lot of areas in healthcare that have taken their licks over the years but are ubiquitous," said Dashiff.

Diagnostic imaging is an example where reimbursements took a pretty significant hit for several years. "That being said, imaging as a diagnostic modality is not going away. In fact, it's a critical path area for effective and efficient care," he pointed out. Dashiff added there isn't much left to be taken away at this point so those reimbursement headwinds that battered the sector have faded.

He continued, "What you have left is a universe where the really good management teams figured out how to survive and come out on the other side. They figured out interesting strategies and are now at a point where they can grow with the market from a trend standpoint ... and if they have the right strategy, they can grow market share."

That lean, mean model has become interesting to private equity firms looking for value. Dashiff said transactions are once again happening in areas like diagnostics and infusion that have weathered the storm.

While change comes slowly ... and sometimes painfully ... in healthcare, Dashiff and Walker both pointed to very real signs of transformation and a growing willingness by industry stakeholders to innovate and rethink the business model to create a more efficient, more intuitive delivery system with a greater emphasis on wellness, early intervention and smarter disease management.

"I think it's a very exciting time in the industry both as a professional and as a patient," said Walker. "The industry has just needed this efficiency for so long, and the innovation that's taking place using best practices from other industries is creating new success stories across the healthcare continuum."