Doctor Followed Her Passion to a Psychiatry Career 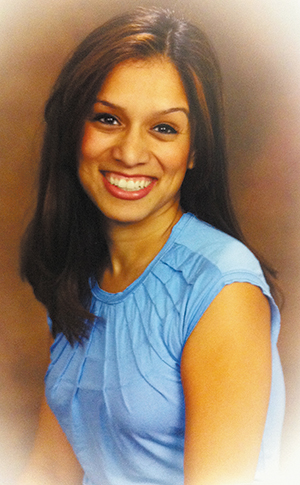 For Dr. Shubi Mukatira, 'It's a Privilege to Work as a Healer'

When Shubi Razdan Mukatira was a computer science major at Purdue University and applying to medical school, she came to the personal statement section of her admission paperwork. The one where prospective medical students are asked to explain why they should be admitted.

"I said my passion was to become a psychiatrist," she said. "I believed then, and I believe now, that psychiatry is an arena of medicine which addresses neurobiological illnesses and pharmacological options to address these. Psychiatry is also unique in that there is such a significant component to treatment of mental illness that involves sociology, behavioral changes, spirituality. It truly embodies a holistic, mind-body-spirit specialty of medicine. This is why it felt like my calling in medicine."

Dr. Mukatira was accepted to the Indiana University School of Medicine in her hometown of Indianapolis and did her internship in internal medicine and residency in psychiatry at the University of Tennessee Center for the Health Sciences.

Today she is medical director at Crestwyn Behavioral Health Hospital and also practices at Blues City Psychiatry. In addition she runs an outpatient clinic called the Transformation Center for Women which she likens to an "immersive training in the language of therapy, like a boot-camp for therapeutic skills" and where her husband, Raj, is a psychiatric nurse practitioner.

Transformations Center is an outpatient facility for men and women who are struggling with severe depression, anxiety and post-traumatic stress disorder and need more comprehensive treatment. "These patients may not need to go to a hospital, but they've suffered an existential crisis such as the loss of a loved one or a job or a profession. They're kind of at a crossroads. It's our labor of love."

She initially majored in engineering and then switched to computer science at Purdue - which first-man-on-the-moon Neil Armstrong and many other astronauts attended - because it allowed her to take many electives and pursue pre-med and philosophy classes and still graduate with a marketable degree.

"I was surprised at how much I enjoyed learning the rules and language of coding and creating programs in computer science," Dr. Mukatira said. "The creative process really resonated with me."

She also volunteered at a crisis hotline, which introduced her to people with mental illnesses, even if just by phone. The training and experience were compelling.

"Part of what I did was answer phone calls, and if they were having a mental health crisis I learned to de-escalate individuals when they called." Dr. Mukatira said. "It gave me some idea of what behavioral health might look like.

Suicide also is a major issue, especially around holidays when keeping a balance between body, mind and spirit can be a challenge. Exercise, sleep, proper eating, limiting alcohol consumption and even getting healthy amounts of sunlight are important.

"The shift in daylight hours impacts a lot of patients," Dr. Mukatira said. "Also, there's the personal nuances of the holidays and the expectation of a joyful, family-oriented time. For those who have experienced the loss of family, friends or have significant family dysfunction, this can be very triggering at that time."

Some other factors about suicide hit closer to home, such as the recent study published in MedScape that said the physician rate of suicide is higher than for any other profession, including the military.

The suicide rate among physicians is more than double the rate of that found in the general population, according to the study. Psychiatrists are near the top.

"I don't really know why that is, but stress and burnout are certainly factors as well as a lack of self-care by physicians," she said. "Physicians and other healthcare professionals are less likely to take time out for their own care."

As for the general population, Dr. Mukatira noted that every generation has its struggles, whether it be depressions, wars or national political discord.

"I am uncertain if we are living in more stressful times today as compared to the past, but in our outpatient office it's interesting to note the increased anxiety and increased depression surrounding events that come up in the news and social media," the doctor said. "In some cases, there's increased avoidance. 'I don't want to talk about it. I don't want to hear about it.' It can cause heightened anxiety in some patients.

"Mental illness is so impacted by psycho-social variables and behavioral variables like diet, sleep and exercise which have a tremendous impact on your moods and your anxiety level. It seems that every generation has its struggles, and it is important for us, as a society, to find ways to learn from these experiences and to continue to evolve as a nation and as a community."

Dr. Mukatira said there's always new data and new research on medication and procedural options, but that electro-convulsive therapy continues to have very beneficial results for patients with major depressive episodes, "unlike how it's portrayed in Hollywood movies."

She added that in recent years there have been encouraging results with transcranial magnetic stimulation, which produces small electric currents to targeted regions of the brain to treat major depressive disorders and neuropathic pain.

And a form of psychotherapy called eye movement desensitization and reprocessing is being used to treat problems such as PTSD and trauma.

"A lot of what we know about is cognitive behavioral therapy which has been the gold standard when it comes to treating anxiety and mood disorders, but there is recently increased emphasis on dialectical behavioral therapy as well that incorporates Eastern ideologies of mindfulness and distress tolerance," she said.

"It is a privilege to work as a healer, and it is work that involves regularly confronting illness, death and mortality. It also involves our own limitations as providers. We often don't have cures for many complex illnesses."

Dr. Mukarita and husband Raj, who works with her at Blues City Psychiatry, have three boys and a girl, ages 3 to 11, which means regularly attending soccer and golf matches.

Her little spare time includes running and reading books such as social researcher Brene Brown's "Dare to Lead: Brave Work. Tough Conversations. Whole Hearts." and Pema Chodron's "The Places That Scare You," which explores living with less fear and anxiety.

"I love what I do, and I'm always interested in what's going on out there," she said. "As an attending physician, I am surprised by how often the best tool I have is literally to be present with my patient for whom I do not have a cure, despite every advance in medicine and science."