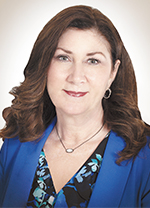 Nancy Averwater has assumed the role of Baptist Memorial's senior vice president and chief human resources officer. In addition to maintaining her current duties, she will develop and implement the Baptist Center for Career Development. The center will help people accomplish their professional and career goals at Baptist through career counseling, career pathing and upskilling. Nancy began her Baptist career in 1993 and has served in several clinical and operational leadership positions before assuming her current role.

Robbie Johnson, a 10-year Baptist employee, has been promoted to vice president and chief development officer, where he leads Baptist Memorial's fundraising activities systemwide. Before assuming this new role, Robbie was the executive director of the NEA Baptist Foundation in Jonesboro, Arkansas, where he successfully oversaw and managed foundation funds, which helped support many needed programs and projects in that community.