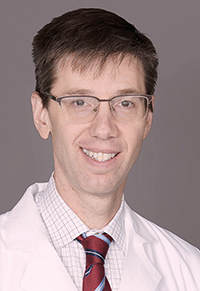 Dr. Robert Bradley Canada doesn't quite fit the image of the traditional chief medical officer of a multi-physician healthcare practice.

Even though he's held that title at University Clinical Health (UCH) for some 10 years now, he still looks like he's just out of medical school. No gray hair or no senior-status demeanor, but a doctor who knows how to work both sides of the aisle.

"Some people call it the bridge between the white coats and the suit coats," says Dr. Canada, 48, a nephrologist who has never stopped seeing patients. "I see myself as the liaison between the administrative and the physician sides of the practice. Continuing to see patients helps me because if you do have to put on the suit coat, that administrator role, it helps give you credibility with your colleagues.

"You'll see in hospitals the CMO is typically more full-time administrative, but I like the combination. I don't want to leave patient care. I like my patients. That's what I was ultimately trained for, but I do like the administrative side as well."

UCH is the practice arm of the University of Tennessee Health Science Center's College of Medicine, with approximately 130 physicians and some 45 nurse practitioners and physicians' assistants, 19 specialties and 120,000 patients per year. The not-for-profit, not-tax-supported group practice has revenues of around $85 million per year.

Before undergoing a major reorganization five years ago, UCH was called the UT Medical Group (UTMG), which had to evolve to remain a sustainable practice model.

"Those were some rough times we came through," says Dr. Canada. "Because of national market factors, doctors in certain specialties really needed to be employed by hospitals, but UT Medical Group basically contained all of the physicians of the UTHSC College of Medicine, with the exception of specialties like neurosurgery and orthopedics.

The specialists who remained with UTMG, now UCH, were those who did not traditionally work for hospitals, such as ophthalmologists, dermatologists, plastic surgeons, nephrologists and family medicine physicians, among others.

Dr. Canada's daily duties generally are divided evenly between practicing physician and CMO, though he says that can change daily.

"For example, one day recently I saw patients from 8 to 11, then went to an 11 o'clock meeting and saw patients again from 12 to 1," he says. "Then I had a 2 o'clock meeting and another at 3. Some days, though, it's totally patient care, in the hospital or in my office, and then the next day it's back and forth. It's a challenge sometimes, but it keeps things interesting."

The CMO position is not one he sought, but he was drawn to it by the former CMO, Dr. Lacey Smith, who enlisted a young Dr. Canada to help him with a few projects for the organization.

"Currently our organization is involved in two major quality programs. One is the Medicare quality initiative/pay for performance program. It's called MIPS--Merit-based Incentive Payment System. The second is a TennCare initiative that basically calls for a transformation of primary care for TennCare recipients. There's a lot in this program geared toward women and children's health care, opioid addiction, bringing patients that are out of care back into care, and trying to reduce hospitalizations. Tiffany Wright is our Director of Quality -- she and her team take care of a lot of the details of these programs."

Dr. Canada, a native of Hernando, Miss., is the son of a pharmacist, so he's been around medicine and health care his whole life.

"So something in the medical field was always in my mind," he recalls. "When I went to college at the University of Mississippi, I decided to take the premed requirements and see what happened. I then came to UT for medical school and stayed here for all my training in internal medicine and a fellowship in nephrology.

"As a trainee, I worked with an excellent attending nephrologist, Dr. Jennifer Kinnard, who is now retired. I liked how she interacted with her patients and what she did every day. She had a large effect on the specialty I chose. There were a couple of others I looked up to as well, so then I thought 'You know what? I think I'm going to do nephrology.' I don't think I realized it at the time, but mentors are very important in shaping your career."

Dr. Canada says he had no particular training in administration work, and that, to some degree, he has learned on the job.

"I'm practicing at being an administrator, and certainly there are things you have to learn," he says. "A physician makes decisions quickly. For example, if a physician is seeing a patient, he or she might quickly decide to prescribe this medicine or take a patient to surgery. Administrative decisions tend to have a much longer timeline. I certainly had to learn that."

When he's not busy wearing a white coat or a suit coat, he likes to travel to enjoy the scenery and history of foreign countries and continents. Recent destinations include Vietnam and Cambodia on one trip and South Africa on another.

There's also an annual ski trip to Colorado with a group of longtime friends.

"It's the only athletic thing I can do. I can ski (difficult) one-diamond slopes, but I don't do double diamonds," he says. "I like the part of the trip where you return home in one piece." 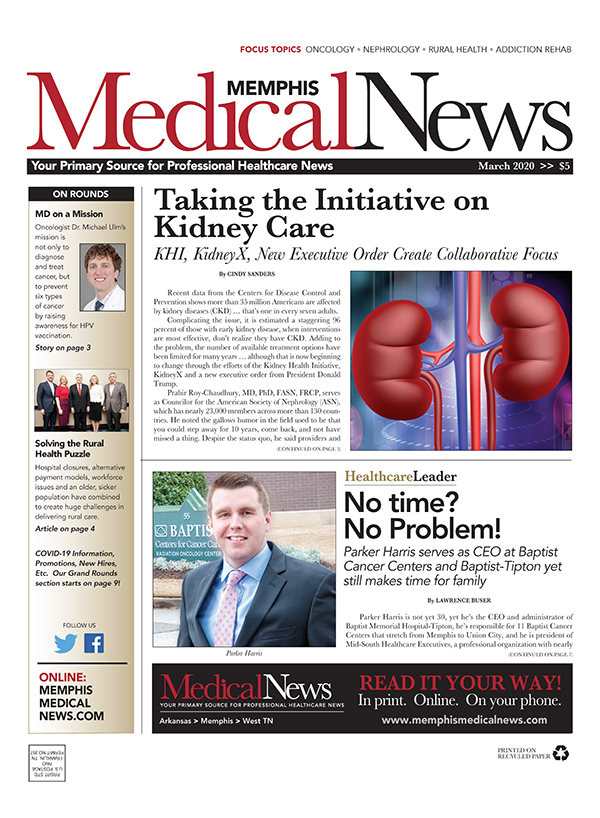 Meeting This Moment Together

Taking the Initiative on Kidney Care